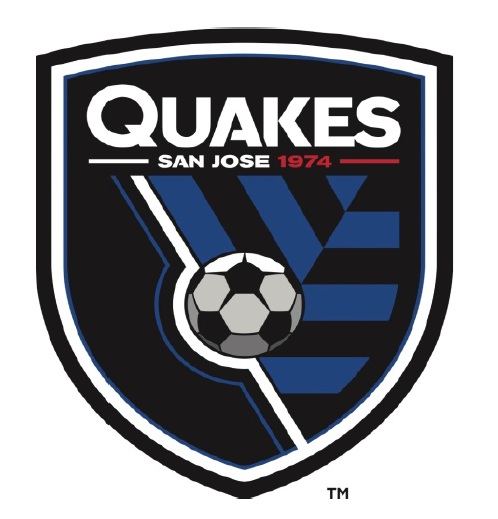 While many might consider the Portland Timbers a sleeper in the Western Conference this year, there may be indications that San Jose might fit that title as well.

But before considering a potential answer to that question let’s take a look at some of their team performance indicators.

First in… San Jose have three games in hand on some teams in the Western Conference – that alone is very compelling information as the simple calculation might lead some to believe that three games in hand could equal nine points in the League Table.

And that nine additional points would actually see San Jose sitting above the red-line at 32 points – slightly ahead of Colorado.

But is it that easy?

Here’s how San Jose (SJFC) and all the other teams compare against each other in the Composite PWP after Week 22:

At first glance San Jose looks a bit low on the totem pole; a worthy view but that difference, in composite team performance, only amounts to 4% points different (on average – per game) than Vancouver.

And as we’ve seen about two weeks ago (Separating Winners from Losers in MLS), a good run or bad run will influence this Index.  And, as a reminder this Index excludes Points in the League Table – that data is qualitative – the PWP Indices are quantitative.

So a push forward is not unlikely; especially when the team is missing three games worth of performance data compared to some other teams.

So how do things look when peeling back the Defending Possession with Purpose (DPWP) and Attacking (APWP) Indices?

Not bad; fourth most effective team in DPWP performance.

Here’s the grist behind that Index number…

Opponent Passing Accuracy – 63.78%; 12 lowest in MLS – put another way the opponents are unsuccessful in their overall passing 36.22% of the time…  here’s how that compares to others:

Pretty tight margin after the defensive dominance of Sporting KC; the significant drop off doesn’t occur until you reach Montreal and Chivas.

So, from an ‘unsuccessful passing standpoint’; opponents of San Jose are unsuccessful in their passes 23.72% of the time.

Opponent Penetration Percentage into the San Jose defending third, based upon Passing, equals 22.87%; that is 9th worst in MLS.

What that offers is the impression that San Jose will play slightly deeper in their defending half – sometimes indicating that they look to cede possession and try to trap their opponents by playing for quicker transitions and counterattacking opportunities.

We’ve seen other teams with far less possession, and higher percentages in this category, that do take that approach.

Opponent Shots on Goal per Shot Taken – 35.83% – average – dead middle – tenth best or tenth worst depending upon your point of view – glass half full?  glass half empty?

As for the finl step – Opponent Shots on Goal that score Goals; San Jose have the lowest percentage (21.32%) in all of MLS!

This helps reinforce that even when the opponent does get a bit of time and space Jon Busch is usually in a very good position to keep the shot out of goal.

Overall, I’d offer San Jose are very solid in team defending – and very solid in goal keeping; San Jose needs to sustain this strong team performance in defending; especially in the final third of this season.

Not near as bad Portland (.45 per game) but a far cry less effective than Colorado (.09 per game); a team who leads the league in fewest PK’s conceded (AND) a team they will have to pass as they chase for a place in the Playoffs.

Now that might not have been too much of an issue, so far, but it’s good to remember that there are more games to be played against some top attacking teams in MLS (more later on that).

San Jose are going pretty good in this category – overall they are 5th best in MLS in clogging the passing lanes within their own defending third.

Corners conceded – San Jose concede the 6th most corners per game in MLS = 5.26; another set-piece danger given their remaining schedule.

Opponents complete 23.60% of their crosses – that is the 4th best percentage in MLS and what may help here (as well as in defending corners) is that San Jose are 8th best in defensive clearances.

All told it doesn’t look like they have detrimental team statistics in these areas (like Houston or Portland) but yielding set-pieces could be an issue, as could the accumulation of yellow cards if the frequency of fouls continues.

Flipping the coin and looking at their Attacking PWP (APWP):

First off – San Jose have added two players, one recently, that (could???) change their attacking output as the season continues.

The first player is Yannick Djalo – who has already shown pedigree in attack.

The second player, (another Argentine midfielder in MLS) is Matias Perez Garcia – it will be interesting to see how he fits and what playing time he gets.

But for now – here’s how things look for San Jose…

They don’t exactly shine as a bright star in attack – bottom line here – the addition of Garcia should help – but soon enough to help San Jose get better in attack?

I don’t know… but a worrying issue for management and supporters might be figuring out how his ‘attacking’ addition to the pitch will impact defending team performance.

As for San Jose’s performance in the six steps of APWP:

Their own Possession percentage is 49.68% about dead middle…

Passing Accuracy across the Entire Pitch:

Ninth worst in MLS; again, adding an attacking midfielder to the mix might see these numbers improve – but at what risk to the defending side of the pitch?

Not the best here either; 6th worst to be exact.

Part of the reason for lower numbers, in these two areas, might have to do with the type/length of passes that may be occurring within and into the final third.

As a direct attacking team it is likely longer balls and more frequent use of crosses might drive these numbers down – if Mark Watson is considering adding an attacking midfielder to the mix maybe these numbers will improve.

Shots Taken per penetrating possession – 19.11% – middle of the pack no better or worse than the average.

Here’s what I mean about what you don’t want to see teams do… go from middle of the pack in Shots Taken to being far worse in Shots on Goal per Shot Taken.

Basically this means that they not only don’t get off many shots per penetration – the shots they do get off have a far less chance of being on goal than the rest of MLS.

This isn’t due to location, in my view, it is due to the poor amount of time and space they make for themselves given their less than patient form of penetration.

As for putting the ball into the back of the net???

If their team performance, in defending, doesn’t hold up well through the final third of this season these lower attacking indicators could be a real issue; especially when it comes to scoring goals.

So while their DPWP ranks extremely high, compared to other teams in MLS, their remaining schedule sees them playing 11 games against six of the top 11 teams in APWP!

The only doormats they go up against are Chivas USA, once, and Montreal, once… so the test for this team is only just beginning.

Can their team defensive chemistry, built up so well in the first 22 weeks, carry them to the playoffs?

Will the addition of their new central attacking midfielder alter the balance, towards attack, and negatively impact their team defense?

Will the addition of Garcia give them the lift they need?

I’d offer team defending is critical – Sporting KC and many other teams (through good or bad defending) reinforce that view in MLS time and again.

At the end of the day you need goals scored in order to win.

And one point, per game, in the final third of the season, will not see San Jose reach the Playoffs…