Ironic?  An epithet created by the Timbers Army, which had sincere meaning in the playoffs last year, might have even more meaning this year.

The Path Long, The Way Unknown, You are the mapmakers.

Caleb Porter is out and Gio Savarese is in. 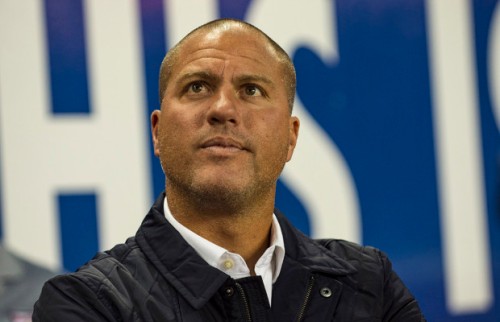 In case you missed it – my thoughts on why Caleb left  Porter Pulls out of Portland.

Last week I mentioned I’d give Gio Savarese a year before offering thoughts – for me it’s worthy to give him a chance to settle in before setting expectations.

But alas, my good friend Steven Lenhart (Nevets) called me ‘an old man sitting at the end of the bar’ because I wouldn’t offer an opinion.

That’s a lot of strengths, perhaps in some areas where there may have been weaknesses under the leadership of Porter?

If you want a strong dose of positive hyperbole take some time to read this from Dave Martinez as a contributor to MLS.

Personally I wouldn’t call coaching in MLS as being at the top of the soccer pyramid but that’s just me.

Anyhow, stepping off my soap box – for me I’m not going to offer anything negative or positive about Gio Savarese, I can’t.

I’ve never watched a game he’s managed and I’ve never spoken with him…  so the pat answer, based on how I’ve been raised, is “let’s wait and see”.

But to scratch Nevet’s itch, I’ll offer these thoughts that (may?) balance expectations a bit more.

Those thoughts (may?) not scratch the itch but maybe my first point of evaluation on Gio will.

If the loan agreement of Lucas Melano allows it, I’d expect Lucas Melano to be at spring training this coming year.

Caleb failed to get the best out of Lucas for one reason or another and the Timbers look to have wasted a considerable sum of money on him.

Here’s what I offered about Lucas Melano some time ago.

If Gio can reverse that, and get Lucas to add value, then it’s a success for Lucas, the team, the front office, and Gio.  A win-win-win-win….  there is no downside.

If it doesn’t work you’re where you are today; a lesson learned on how not to scout and sign a player.

I know if I were in Gio Savarese’s shoes I’d certainly want to test my (and my teams’) mettle/ability to get the best out of Lucas; it’d be rude not to.

However viewed, when opening day comes we’ll see (and hear) the Timbers Army (and everyone else) give Gio Savarese a spine tingling roar of support.